For the third week in a row, the Avengers have assembled at the box office. The juggernaut of the Marvel Cinematic Universe Avengers: Endgame takes fi

For the third week in a row, the Avengers have assembled at the box office.

The juggernaut of the Marvel Cinematic Universe Avengers: Endgame takes first place once again with an estimated take of $63 million across 4,662 theaters. Internationally the film banked another $102.3 million bringing its global total to $2.5 billion, which puts it in spitting distance of the all-time record of Avatar’s $2.9 billion. This weekend the superhero powered blockbuster also became the third-highest grossing film of all time domestically, surpassing Avengers: Infinity War and Black Panther with an estimated $724 million.

While no one has the power just yet to topple the Avengers, there were four new releases, all of which made the top ten. Rounding out the top three is two new titles — Pokemon Detective Pikachu and The Hustle.

Another hero in his own right, Detective Pikachu, put up a solid fight at the box office. It takes second place with a fabulous $58 million opening across 4,202 theaters. The film merges animation and live action to bring beloved Pokémon characters to life, most notably the yellow furry Pikachu, voiced here by Ryan Reynolds. Not adjusted for inflation, it’s the highest opening ever for a feature film in the Pokémon franchise.

Pikachu teams up with a human partner, Tim (Justice Smith), to solve the mystery of Tim’s missing father. Directed by Rob Letterman, the film also features the voice talents of Bill Nighy, Ken Watanabe, Justice Smith, and Kathryn Newton. There’s a strong chance the film could continue to exceed expectations, given mostly warm reviews and a solid A- CinemaScore.

Another new title, Anne Hathaway and Rebel Wilson starrer The Hustle, takes the third spot with an estimated debut of $13.5 million across 3,007 theaters. Hathaway and Wilson star as scam artists up competing to swindle a tech prodigy out of his fortune in this semi-gender-bent remake of Dirty Rotten Scoundrels. Wilson also produced the film.

The Hustle exceeded expectations in its debut, despite largely lackluster reviews and a disappointing B- CinemaScore. Directed by Chris Addison, the United Artists release from MGM, who produced and financed the film, also stars Bruno Sevilla and Alex Sharp. It marks Hathaway’s sixteenth biggest opening, which is still a vast improvement over the dreadful $4.4 million opening of Serenity earlier this year.

Despite its seemingly perfect placement of a Mother’s Day weekend opener, the Diane Keaton-led Poms fell short of expectations, taking sixth place with an estimated $5.1 million across 2,750 theaters. Produced by eOne and distributed by STX, the film stars Keaton as Martha, a woman who moves into a retirement community and starts a cheerleading squad with her fellow residents. Directed by Zara Hayes, the film also stars Pam Grier, Jacki Weaver, Alisha Boe, Phyllis Somerville, Charlie Tahan, Bruce McGill, Rhea Perlman, and Celia Weston.

The film did hit its target audience, playing to a crowd that was 75 percent female and 85 percent 25 or older. It received a solid B+ CinemaScore, which might help boost its success in the coming weeks. Poms falls significantly short of last year’s similarly older-skewed Diane Keaton vehicle Book Club, which opened to third place with $13.6 million.

The weekend’s other buzziest new release, Tolkien, managed to crack the top ten. The biopic about Lord of the Rings author J.R.R. Tolkien takes ninth place with an estimated $2.2 million in ticket sales across 1,495 location. Nicholas Hoult stars at the titular writer in a film that explores how his wife and wartime experiences inspired much of his writing. Directed by Dome Karukoski, the film also stars Lily Collins and Colm Meaney.

The Fox Searchlight project did modestly well given its smaller number of theaters, middling reviews, and lack of support from the Tolkien family. Setting aside the massive success of the ensemble work of the X-Men films, this project marks a solid opening for Hoult as a leading man as his seventh biggest opening outside of those titles. Even including the X-Men franchise, it still lands in Hoult’s top ten openings of all time.

Two holdovers from last week round out the top five — Sony’s thriller The Intruder and Lionsgate’s R-rated rom-com Long Shot. The Dennis Quaid-led The Intruder lands in fourth place with $6.6 million across 2,222 theaters. Buoyed by positive reviews and word-of-mouth, Long Shot takes fifth place $6.1 million across 3,230 theaters. The Seth Rogen-Charlize Theron comedy only fell by 37 percent from its first weekend, which suggests stronger staying power than last week’s opening numbers might project.

Overall box office is down 8.5 percent to date, according to Comscore, a number which is steadily increasing as Endgame drives totals higher. Check out the May 10-12 numbers below. 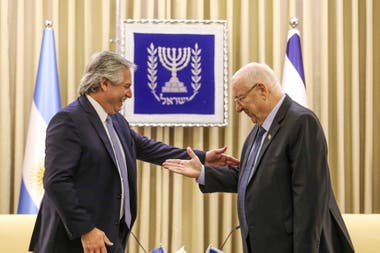